White Malay is also known as White Malaysian Kratom. It is cultivated and processed in Malaysia, hence the second part of its name. Southeast Asia is known for being the top producer of Kratom, and Malaysia is responsible for a big percentage of the world’s Kratom supply. Kratom sourced from these regions are known for being the highest of quality and where quality manufacturing practices are also utilized.

Malaysia provides the perfect ecosystem for the Mitragyna Speciosa (Kratom) tree to grow in the wild and on specialized Kratom farms dedicated to the cultivation and processing of high-end Kratom products. Many Indonesian inhabitants are directly involved in the harvesting of the white-veined leaves containing the beneficial alkaloids. White Malay is sourced from the same Kratom tree as Green and Red Malay are; however, White Malay Kratom comes from the harvested leaves containing the white veins which is during the spring when the leaves are first developing.

The strain, White Malay Kratom is a native strain with superior genetics that has been growing in these regions for thousands of years. Kratom in Malaysia is a rich part of its culture where indigenous farmers and their families all help with the harvesting and production of Kratom. Therefore, one can expect nothing but the best quality of Kratom when buying White Malay sourced from Malaysia.

Since the leaves are collected by hand, only the best white-veined leaves are used for the manufacturing of White Malay. These white-veined leaves contain high levels of the active alkaloids Mitragynine, 9-Hydroxycorynantheidine, Mitraphylline, and 7-Hydroxymitragynine. Combined, these active ingredients are known for being very potent coupled with an unique chemical structure that can only be found in segments of Malaysia.

Other benefits of White Malay include:

Why is White Malay Kratom So Popular?

Since Malaysia is the world’s top producer and exporter of Kratom, this strain has been on the market for a while now, and many people report that it’s one of the best strains of the white vein varieties currently available. White Malay has gained worldwide notoriety among top researchers and scientists who have left a number of comments on platforms such as Facebook, Reddit, Twitter,and Quora. With such a high-quality Kratom product as White Malay, it’s easy to see why this strain is a best-seller.

Where to Get High-Quality White Malay?

It is entirely possible to walk into a local convenience store or browse a number of online vendors and buy a variety of Kratom products, but is this always the best route to get lab-tested White Malay? Not necessarily so. Since Kratom is not FDA approved, it allows less than trustworthy vendors to sell their products without being lab-tested.

When buying White Malay or any other strain of Kratom, it is vital to make sure that it has undergone third-party analytical testing to ensure the Kratom in the package is as advertised and doesn’t contain any harmful additives and heavy metals. For the highest quality lab-tested White Malay Kratom with a 50-day money back guarantee, there’s only one place to buy it, and that’s with the top US vendor, Austin Vibes.

I LOVE taking my White Malay in the mornings as it never fails to give me energy. Very clean and fresh kratom.
My favorite thing about Austin Vibes is how fast they ship out the orders. 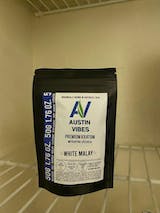 Kratom has been a lifesaver for me, especially the White Malay, which is my favorite. This is high quality kratom powder 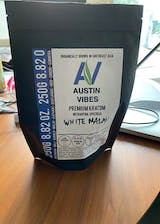 Absolutely my favorite white malay mix with a small amount of green mang da. You can’t go wrong if looking for pain relief.

keeps me alert and focused and no jitters

I switch strains on occasion. White Malay is a great one! Austin Vibes does it again! Thanks guys!